On the Way to the Best Japanese Document Translation Services

Despite the complexity of the language, it doesn’t seem to negatively affect the number of Japanese learners globally. According to the Ministry of Foreign Affairs of Japan, in 137 countries, more than 3.66 million people learn Japanese. It is worth noting that 126 million people speak the Japanese language, not only in Japan but also in some places around the world and in the Republic of Palau (a minority language), and it’s considered one of the most spoken languages worldwide, as stated by Statista.

But because of such complexity, to get professional Japanese document translation services, you’ll have to discard the idea of taking shortcuts and using either a novice freelance translator or free online translation tools. These may generally be valid options for other languages, but for Japanese, they might not be. It’ll be hard to come back from such a wrong attempt; in the best-case scenario, you may land up starting the translation process all over again, but in the worst-case scenario, the consequences of bad translation can cause irreversible damage to your business’ global communications and image.

There’s no chance to do it wrong when investing in the power of professional translation services!

Why Isn’t It the Right Call To Go For a Non-Japanese Translation Vendor?


Before jumping to any conclusions on how to get professional Japanese document translation services, you’ve to consider the following challenges that your translation company has to overcome while translating from or to Japanese:

To gauge the relevance and success of a Japanese translation project, you’ve got to observe the reaction and engagement of a native reading it. When Japanese content meets its intended goal, it means that it conveys the original text’s message through a portrayal of the best-fit context resulting from a deep understanding of the Japanese cultural nuances. Accordingly, familiarity with Japanese culture is a necessity when communicating with its audience. For instance, Japanese people are oriented by cultural politeness; they have three different polite forms and add suffixes to their words to show distinct degrees of respect. So, this attribute must be taken into account while translating.


It’s also important to note that Japanese is nothing like any other language linguistically. The attempt to follow the literal translation approach with Japanese is going to lead you definitely to a dead end. It’s a contextual language, awash with words and expressions that reflect different meanings determined by the context and formality of the situation. There’s no specific rule; a Japanese word’s literal meaning can differ from its actual intended meaning in a text. For instance, to determine whether the noun in a Japanese text is singular or plural and specify the gender of an object or subject, the complete focus of the reader must be on the context. Therefore, It’s critically important to have a professional native Japanese linguist in your corner.

Never wish that the translation venture was easier – pick the front-runner from the beginning!

Yes, the above-mentioned is true! Japanese has four different writing styles or alphabets (Kanji, Hiragana, Katakana, and Romaji); each is used according to specific objectives. It’s an area where experience is pivotal since only a professional native translator is well aware of the well-suited writing system for any translation type. Even sometimes, a translator may use a combination of two Japanese writing styles to meet the translation’s requirements. 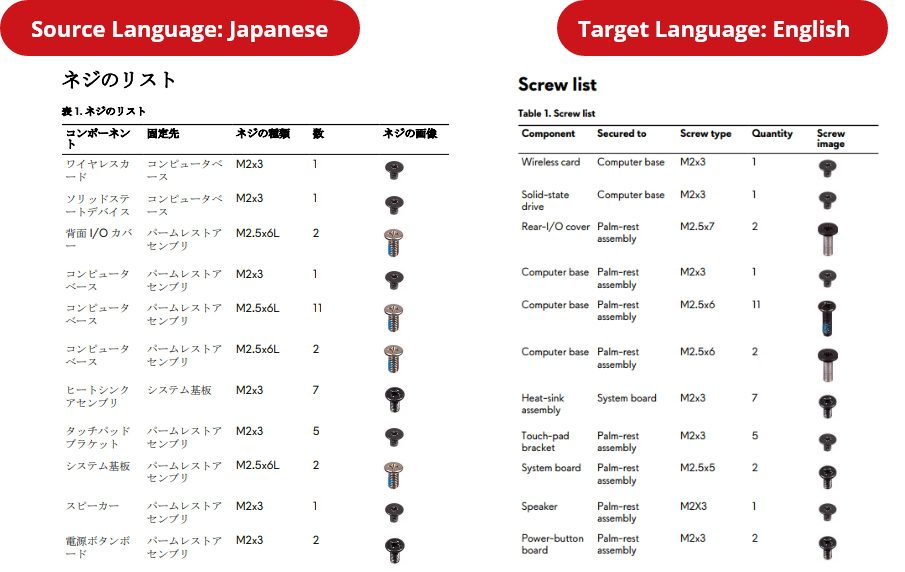 The above image shows that there are 16 regional dialects in Japan spoken in 47 Japanese prefectures, according to the Japanese linguist, Misao Tojo (東条操) ( it’s claimed that each prefecture has its own dialect). To differentiate between them, you have to focus on the used vocabulary, rhythm, pronunciation, and tone. To natives, it’s a cakewalk process; that’s why it’s essential to invest in quality Japanese translation companies to translate documents from and to Japanese. They work with a wide array of native Japanese translators who have the needed experience to distinguish between unintelligible Japanese dialects.

When translating from or to Japanese, you have to take many grammar rules into account. As an example, there are two tenses only in Japanese, the past and nonpast. So, it can be a bit tricky when translating the English’s future or present tenses into Japanese. Also, repeating sentences’ subjects in Japanese is unlikely to happen. Even sometimes, the text doesn’t mention them at all. In this case, the reader uses his guessing skills to discover the intended subject depending on the context.

With all that in mind, it’s crystal-clear the impact of getting the right support from the right people; experienced native Japanese linguists who hold a deep understanding of Japanese linguistics and cultural norms and nuances to provide accurate and authentic communications.

“Reading between the lines” is the real hidden treasure that not many Japanese translators can find!

Here are some other amazing facts about the Japanese language:

What are the Advantages of Partnering With a Japanese Translation Agency?


To yield the desired results, quality Japanese document translation services, it goes without saying that a Japanese-based translation agency is the ideal choice. By partnering up with a specialized Japanese translation company, you’ll gain access to a myriad of benefits, including the most valuable asset of experienced translators who are equipped to overcome the above-stated challenges and ensure effective outcomes.

But, how do you know that you’re in capable hands? To be well supported while heading to your destination when demanding high-quality Japanese document translation services, there are some steps that you have to follow to decide whether your vendor is worth your investment or not. Check this white paper for more information:

How to Choose the Most Fitting Japanese Translation Agency for Your Business?

Get your free copy now and make use of each stated step.

Now, it’s time for you to find out the benefits of involving with a skillful Japanese translation company based in Japan when requiring Japanese document translation services:

Since the outcome of your project depends on absorbing the Japanese language and culture like a native Japanese speaker, a Japan-based language provider is a must in this case. No need to worry about any of the above challenges with the help of a Japanese translation provider based in Japan! It’ll shape accurate translations linguistically based on cultural references to ensure conveying your message in the most fitting and effective manner.

Whether you want your translation vendor to conduct a large-scale project, like a website localization, or translate a 250-word Japanese document, you want to guarantee that the quality of the translations will exceed the standard levels that are closer to “perfectionism.” To get there, a certified Japanese translation service provider will support your back with ISO-certified quality translations, providing efficient operations, tech-driven workflows, and maintaining quality through the entire process, from translation and editing to proofreading and DTP and QA phases.

Usually, businesses associate high costs with expert companies, but you’ll see how the opposite is true the moment you opt for a translation company specialized in your target language. It’s more likely for you not to be pulled into the non-ending loop of mistakes and changes-that requires spending more time and effort, resulting in rising costs- with a Japanese translation company. There’s an exact constructive, step-by-step process that any professional translation/localization company has to follow to provide you with the first last version of your translation project that will be translated into one-time costs.

Additionally, any professional Japanese translation company uses a translation management system (TMS) that integrates advanced translation tools such as CAT tools and translation memory, which makes the translation/localization process run smoothly and efficiently while bolstering the accuracy and consistency of the output. Without a TMS, you’ll suffer from the traditional way of translating that requires tons of unnecessary manual and repetitive tasks and results in unnecessarily high costs and time-consuming processes.

“Delay” isn’t a word in a professional Japanese translation agency’s dictionary. Once a reputable translation company handles your Japanese translation services, a group of adept native translators, proofreaders, and editors puts effort into your demands to deliver an end-to-end, efficient solution in a timely manner. They know what they’re doing; they’re prepared to meet the tightest deadlines without causing damage to the translations’ quality. On the other hand, hiring a freelance translator increases the chances of jeopardizing the whole translation project because he or she’ll be doing all the work on their own, from translating to editing and proofreading, making them more prone to making mistakes.

A part of what will drive you to the best Japanese document translation services is desktop publishing services. DTP is the process of translating your print or online documents’ layout design to accommodate the new (target) language and the target’s audience’s preferences without losing the source layout’s identity. It’s an integral part of any document translation process, especially with a language like Japanese having a unique writing system and set of characters. Whatever your document’s type is, brochures, books, manuals, booklets, and so on, with a Japanese translation company, you’ll guarantee to deliver your content’s message and image to your target audience in an optimal manner. 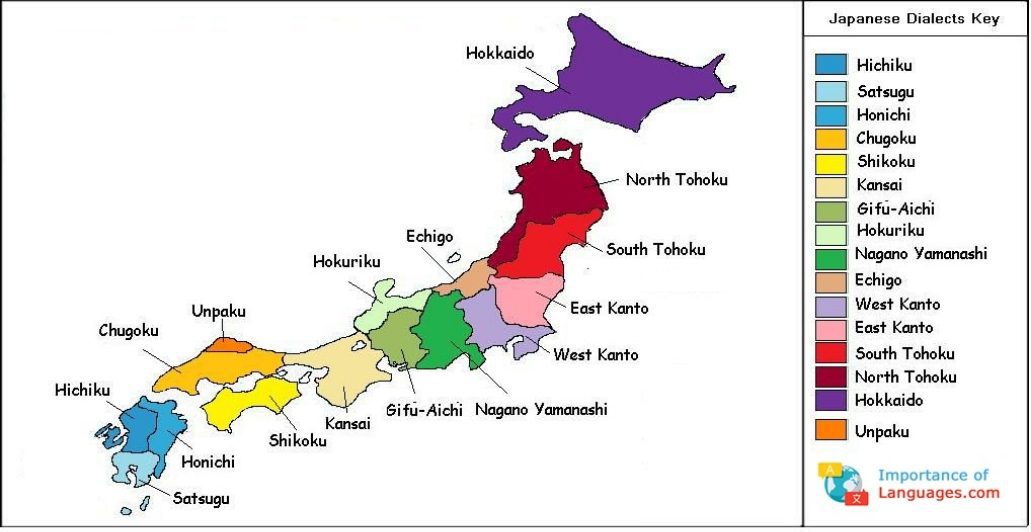 In the business world, once you make a mistake, there is no easy comeback. Failing to properly establish your business image will impact your business negatively, especially in a country like Japan, where everything is punctual and accurate. A wrong word choice can sabotage a whole business’s reputation and relation with a prospective client. Now that translation is a crucial business step, you shouldn’t undermine the importance of employing a trustworthy language service provider.

Business relationships are built on trust; trust is built on wise choices!

As it is said, never send a boy to do a man’s job!

Do you want to receive bulletproof Japanese
document translation services?

Talk to Our Experts