The Difference Between Traditional and Simplified Chinese

Talking to 1.4 billion people is nothing like any other experience, especially business-wise. Imagine how much you can gain when entering such a big market as China, the first largest population globally, the second world’s most spoken language market, and the second-largest economy worldwide.

So many possibilities, right? However, tapping into the widely spoken language market isn’t as easy as you imagine. There are some rules that you should follow in order to pull off your expansion approach. The most important rule is to speak and translate your business to their language, which is our main focus in our article today.

“Why can’t I use English instead?” Because less than 1% of the Chinese population speaks English.

So, it’s clear that you should go for Chinese if you’re targeting the Chinese-speaking world, including Mainland China, Singapore, and Taiwan. In a related manner, the Chinese language has no one form, making it more challenging to choose the proper writing form for the targeted region. It has two different sets of writing systems: Traditional and Simplified Chinese. So, what is the difference between Traditional and Simplified Chinese? Which of those sets is the best for your business? In this post, we’ve got you covered.

The Difference Between Traditional and Simplified Chinese Historically


In this following section, we will answer these previously mentioned questions to open the way for a better understanding of the development stages of the Chinese language, before getting to the point where we discuss: “What is the difference between traditional and Simplified Chinese?”. And, maybe, you’ll get some of the differences between Chinese writing forms randomly from this next section, but, still, we’ll explore them together in detail later in our article.

A Brief Overview of the History of Chinese Characters


Now, we’ll travel 3000 years back in time to get a five-second overview of the old form of Chinese characters. Ancient Chinese people used pictures to record what they had in mind. They carved the symbols onto animal bones (known as “oracle bones”) and tortoise shells and then inscribed them on metals, especially bronze. And even before 5000 or 6000 years ago, they engraved Chinese characters onto pottery. Finally, these characters have evolved into today’s calligraphic writing system over thousands of years.

Then, what is the difference between Traditional and Simplified Chinese in terms of history and geography?

Traditional Chinese is the conventional writing system that Chinese speakers have used solely for thousands of years in expressing their souls and thoughts. It’s also called “Unsimplified Chinese,” which gives a sense of complexity and intricacy. It consists of over 50,000 logograms (Traditional Chinese characters) embellished with many strokes and details. It’s used mainly in Hong Kong, Taiwan, and Macau.

There are two varieties of Traditional Chinese:

Simplified Chinese is an uncomplicated version of Traditional Chinese, as its name suggests. It includes 2,000 logograms (Simplified Chinese characters) featuring fewer strokes and details than the traditional writing system. Owing to the People’s Republic of China, Simplified Chinese came into existence in order to deal with the high literacy rates issue (that reached 20% at that time.) It approached the problem in 1949 by directing its efforts into simplifying the old form of writing to develop a new system designed especially for illiterate people. Between the ’50s and ’60s, it was introduced to and became the official writing system in China, Malaysia, and Singapore. 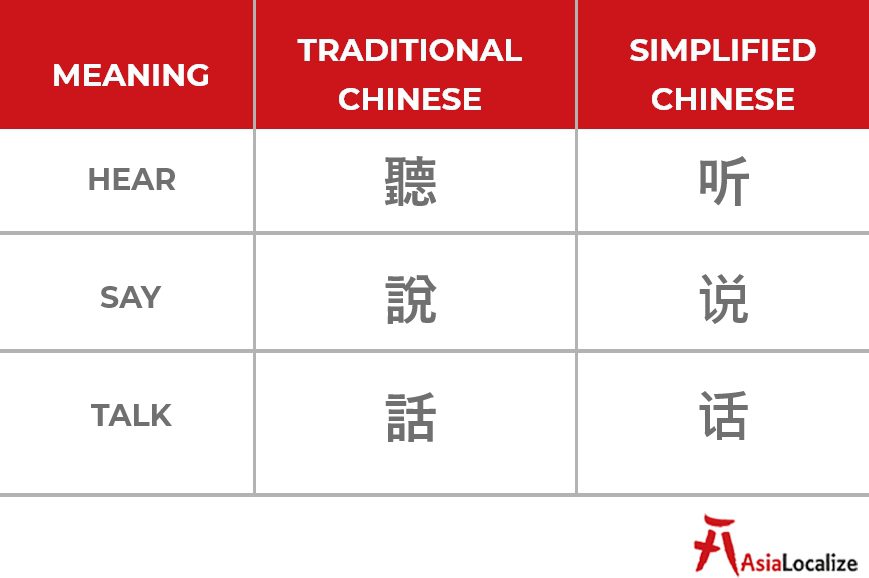 The Process of Characters’ Simplification


If you’re wondering how 50,000 logograms turned to 2,000, we got you the exact details of the simplification process. Chinese linguists counted on two main ways to build the new Chinese writing form: reducing strokes and merging characters.

P.S: Some characters stayed the same without applying any changes because they were already simple in their original form.

P.S: Even though you write the corresponding Traditional and Simplified Chinese characters differently, usually, you’ll pronounce them similarly.

As we highlighted previously, Traditional Chinese characters are much more complicated than Simplified Chinese characters in terms of the look, including more strokes. On the flip side, Chinese linguists created simplified characters to be easily captured and memorized, using fewer strokes than their traditional counterparts.

More examples to understand the difference: 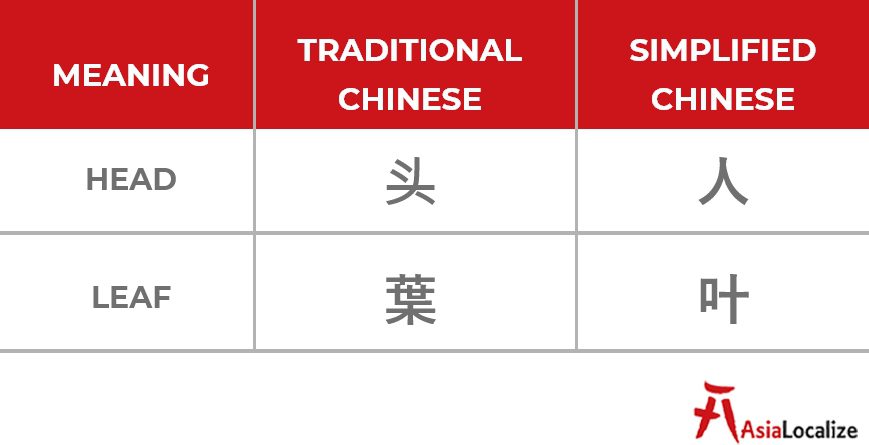 There are huge differences between the Chinese writing forms in terms of word choice and usage and the structure of the characters. For instance, when some characters come together in Simplified Chinese, they can represent a meaning different from the one that the same combination suggests in Traditional Chinese, such as 土豆 that means potatoes in Simplified and peanuts in the other form. Also, you’ll find some character sequences reversed to represent the same meaning in both writing systems, like 地道 (Simplified) and 道地 (Traditional) that mean authentic.

Moreover, Traditional Chinese flows horizontally or/and vertically, while Simplified Chinese is displayed horizontally only. For example, in Taiwan, you will find newspapers text displayed both ways on a single page. 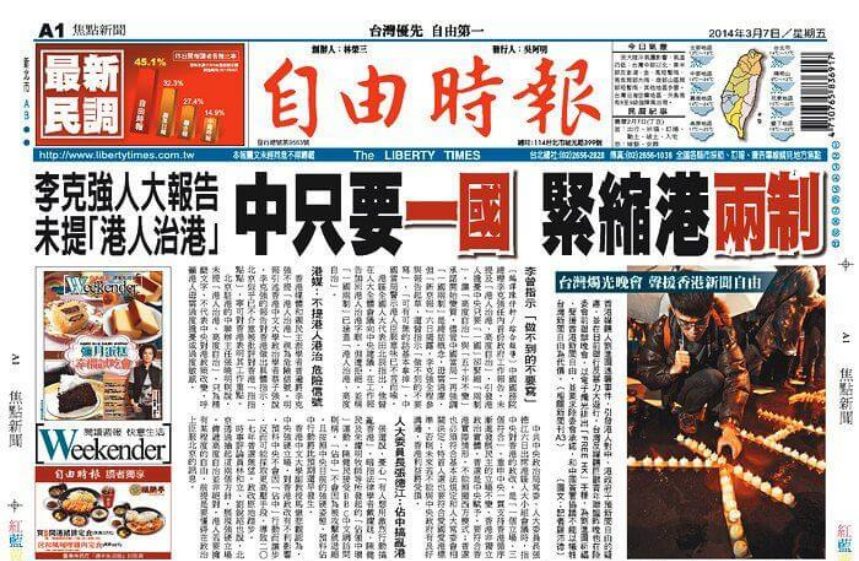 Mandarin vs. Cantonese: A Brief Guide to Top Chinese Dialects

Have a quick look at spoken Chinese forms, depending on AsiaLocalize’s quick summary!

To decide whether you need Traditional Chinese translation services or Simplified Chinese translations, you have to base your decision on the country you’re going to target. Geography and target audience are all that matters when choosing the well-suited translation service. For example, when you target Macau’s customers, you don’t want to sound like a stranger by translating your service/product into Simplified Chinese. And, when you target the U.S Chinese audience, you should use both Chinese forms since the U.S. Chinese community is noted for its diverse tongue. Some Chinese immigrants moved to the USA before the modern Simplified Chinese creation, speaking mainly Traditional Chinese, while others immigrated recently depending only on the recent writing form.


Given how the Chinese world is where many different dialects and writing systems intersect, you shouldn’t fail to notice the differences and subtleties between them linguistically to avoid falling into the trap of generalizing individuality, which means dealing with the Chinese language as one unit. To enjoy the multitude of benefits in the Chinese market, achieve effective communication with Chinese speakers by valuing their language and partnering with an expert language provider specialized in Asian language translations. With Professional translation services, choosing the suitable Chinese form for your target audience is no longer an issue.

Have the edge over your competitors by investing in the right step “Translation into Chinese”!

Do you find difficulties in sorting out the suitable Chinese
translation service for your business?

Get in Touch With Us !